The naming is in recognition of the contribution from Steve and Diane Hulbert in memory of their daughter, Heidi Hulbert Rowe (March 22, 1969 – March 30, 2004).

“We were all very proud of Heidi, her determination, her grit.” Steve Hulbert 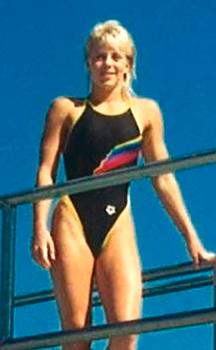 Heidi Anne Hulbert began her swimming and diving career in 1981 as a seventh grader under the tutelage of her swim coach and uncle, Don Hulbert. From 1984 to 1987, she swam and dove for Fargo South High School, where she competed at a high level. After high school, she began Division I diving in the Big Eight Conference at Iowa State  University where she again competed at the highest level until her graduation in 1991. Her name continues to be listed in the Top Ten all-time ISU divers in both one meter and three-meter competition. 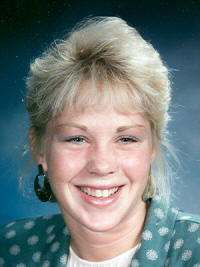 Behind her beautiful smile and bubbly personality was a team leader with a bold and fierce competitive heart. As a child diabetic, Heidi courageously fought through many difficulties and became a strong role model for all who knew her. The three generations of Hulbert family competitive swimmers and divers are proud to honor her legacy as someone who battled to overcome adversity, and who refused to give up in her pursuit of high goals.

UP Aquatics © All Rights Reserved