UP Aquatics is dedicated to the world of swimming and aquatics and has been working towards helping fund a new facility in the Fargo/Moorhead/West Fargo area since 2007.

Up Aquatics ~ Who Are We?

“Our goal with UP Aquatics is to enhance whatever we can on this facility,” UP Aquatics President Lance Bergstrom. 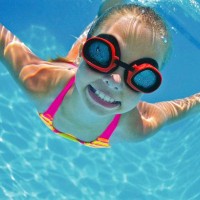 UP Aquatics, a local, grass-roots nonprofit organization dedicated to the world of swimming and aquatics, has been working with numerous groups in the region since 2007 in hopes of bringing this type of facility to fruition. In cooperation with West Fargo Schools, UP Aquatics has led a private donor fundraising effort to enhance the facility approved within the bond referendum.

Beyond the Hulbert Aquatic Center, UP Aquatics promotes swimming at all levels throughout the greater Fargo-Moorhead-West Fargo region.

UP Aquatic Board Members

UP Aquatics has a goal of raising $3 million with the additional money to be used to upgrade the pool from state class to world class. It would then be large enough to host high school, regional and national competitions.

It will include a 54-meter pool, a warm-water practice pool, six diving boards and seating for 1,100. Construction has started, with the facility to open by 2017.

“It will make West Fargo the swimming center of the state and even this region because there will be so many higher-level swim meets and competition brought here because of this facility,” Hulbert said.

UP Aquatics © All Rights Reserved